Announced by President Macron in his New Year’s greetings to the armed forced on January 19, 2021, the updated version of the 2017 Defense and National Security Strategic Review was presented by the Minister of the Armed Forces on January 21, 2021. This document updates the analysis of our strategic environment and emphasizes the shifts and accentuation of the trends and threats identified in 2017. In addition, the update of the Strategic Review helps to feed the domestic debate and government policy, since an update of the 2019-2025 Military Programming Law is scheduled this year and will decide, among other things, on the level of funding for 2024 and 2025.

The 2021 Strategic Review highlights the accelerated deterioration of the strategic environment since the last Review in 2017. Three main threats are highlighted:

• The persistence of the terrorist threat. Jihadist organizations still pose a global security challenge, despite the defeat of the Islamic state in the Levant.

• The proliferation of weapons of mass destruction and their means of delivery. On this point, the document warns, in particular, about the aggravation of the North-Korea and Iran nuclear proliferation crises.

• The return of the logic of great power competition between powers assumed by China and Russia, but also fueled by regional powers, such as Iran and Turkey, which seek to « consolidate their status or advance their interests, at the price of growing adventurism ». Even though Turkey plays a key role for the security of NATO, Ankara has undertaken « an offensive foreign policy », aiming at establishing Turkey as an international power, including through the use of force. 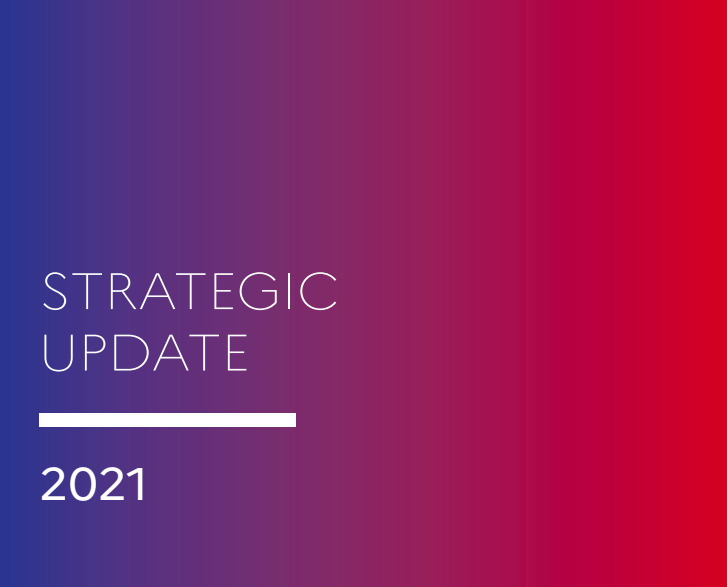 These power policies are extending to new fields of confrontation (cyber, space), while « hybrid strategies », combining military and non-military tools, are increasingly being pursued. Moreover, this situation is aggravated by the breakdown of the international order and the weakening of its institutions, as recently confirmed by the end of the INF Treaty in August 2019, which amplifies « the risk of a new arms race in Europe ». Finally, the global pandemic acts as a « catalyst for the major threats and trends previously identified, while degrading the ability of States to respond ».

In this context, the updated Strategic Review identifies the pursuit of three axes in French strategy: a more comprehensive defense doctrine (investing even more in the fields of cyber, space and artificial intelligence in the face of the generalization of hybrid strategies), the modernization of our defense tool and the persistent mobilization of our allies and Europeans partners.

To avoid any risk of strategic downgrading and to remove the spectre of a loss of sovereignty, the updated Strategic Review calls for « the construction of a European capacity for action enabling Europeans to be credible allies within NATO ». The document reaffirms the importance for more European strategic autonomy, without questioning NATO’s role and the Alliance with the United States.