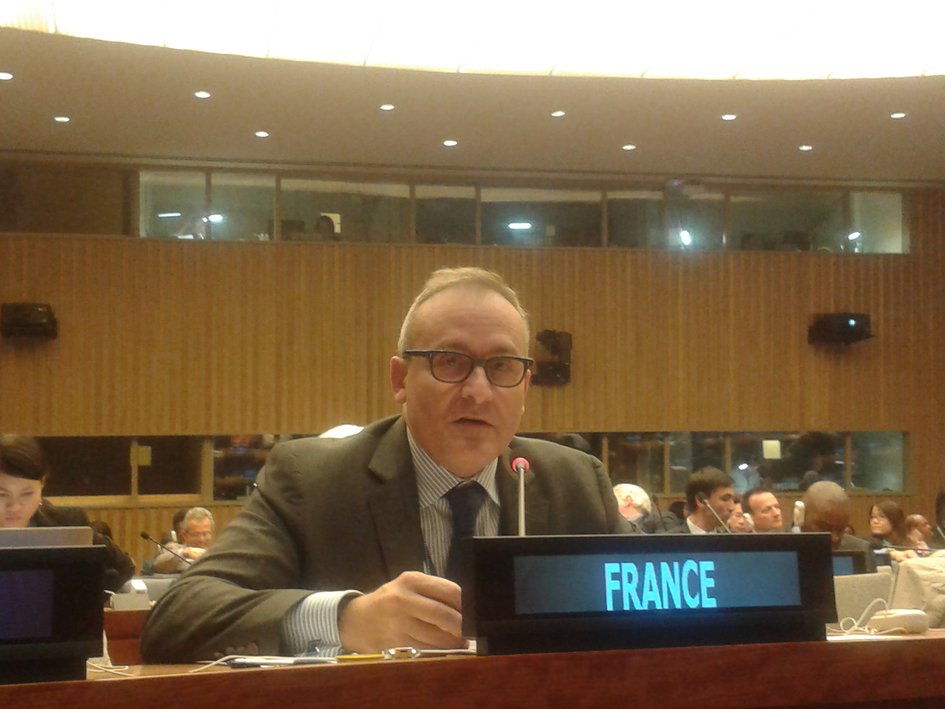 Statement delivered by Mr Jean-Hugues Simon-Michel, Ambassador, Permanent Representative of France to the Conference on Disarmament in Geneva, Head of the French delegation, within the framework of the debate on the machinery of disarmament during the First Committee of the 69th United Nations General Assembly in New York, on the 17th of October, 2014.

Read here the statement in French and in English.