Mrs Alice Guitton, Permanent representative of France to the Conference on Disarmament, attended on the 13th of June, 2016, the signing ceremony of the Headquarters Agreement between Switzerland and the Secretariat of the Arms Trade Treaty. This headquarters agreement seals the instalment of the Secretariat in Geneva and represents the last step of its administrative and operational implementation.

The signing ceremony was held with the Head of the Swiss Federal Department of Foreign Affairs, Mr Didier Burkhalter, as well as the President of the ATT and all the members of the ATT Management Committee. 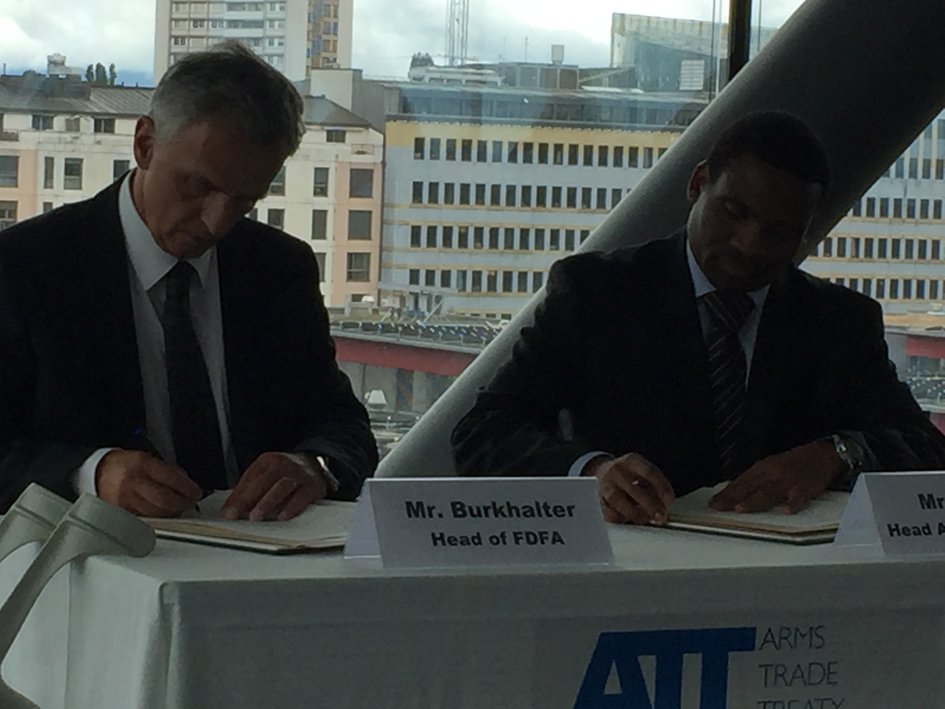