Home > Conventional weapons > Convention of 1980 on certain Conventional Weapons > 2021 > Ambassador Hwang designated President of the sixth Review Conference of the (...)

Ambassador Yann Hwang has been designated President of the Sixth Review Conference of the Convention on Certain Conventional Weapons to be held in December 2021.

France will be fully committed to keeping this valuable forum for dialogue between States alive.

The year 2021 also marks the 40th anniversary of the opening for signature of the Convention on Certain Conventional Weapons (CCW). Signed in 1980 and entered into force in 1983, the CCW is an essential instrument of international humanitarian law, a constructive and "moving" forum that has adapted itself over the years to new challenges and the emergence of new weapons systems and forms of combat. 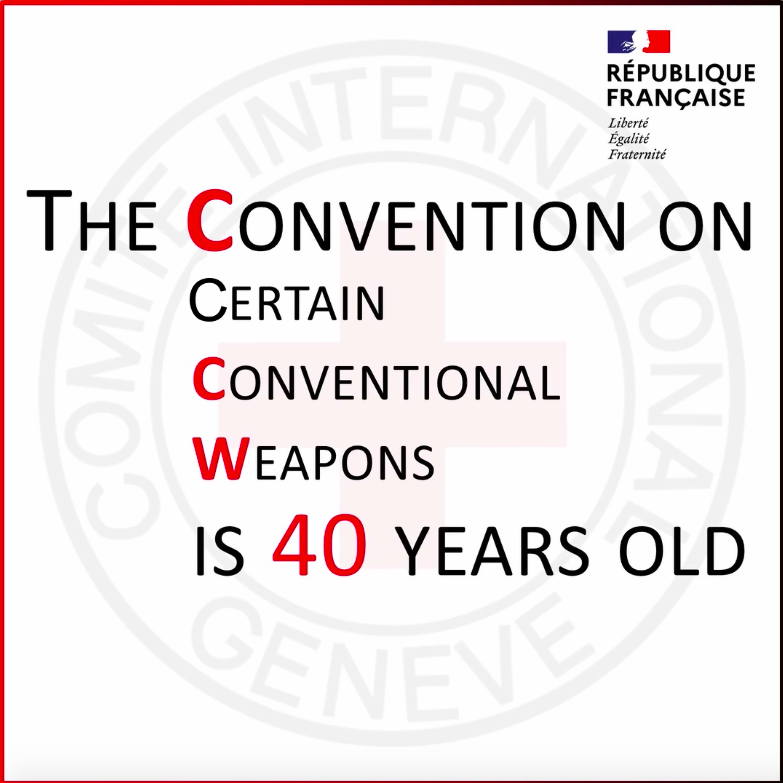 It is a unique instrument in the multilateral arms control landscape, in that it makes it possible to bring together diverse concerns and complementary expertise, whether political, legal or military; and because it brings together 125 States Parties, known as High Contracting Parties, including the States with the largest armed forces and military technologies. Its specificity and universality allow it to address current, emerging and prospective issues, and testify to its relevance in the current security environment.

While the CCW is facing multiple challenges, the upcoming Review Conference should allow us to take stock of the actions undertaken in recent years, to consider the implementation of its various protocols and to look forward to the future.