The Biological Weapons Convention (BWC) Meetings of Experts (MX) were held in person in Geneva from 30 August to 8 September 2021. 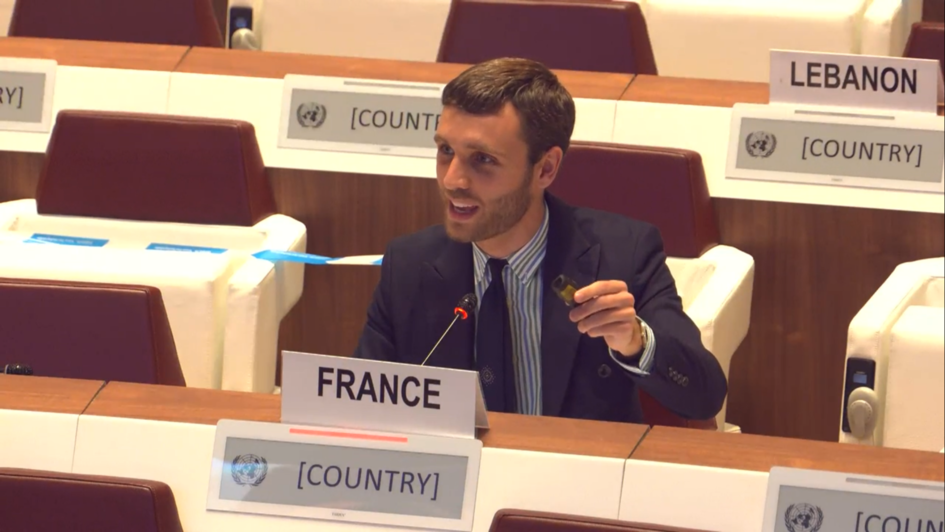 The Biological Weapons Convention (BWC) Meetings of Experts (MX) were held in person in Geneva from 30 August to 8 September 2021.

These expert meetings were the first step towards the ninth Review Conference of the BTWC to be held in August 2022. This was the first formal meeting under the BWC since the December 2019 Meeting of States Parties chaired by France.

France actively participated in these meetings, which were an opportunity to present three initiatives for the BWC Review Conference aimed at operationalising this important Convention:

The "Secbio" project, presented in the framework of MX1, which aims to operationalise Article X of the Convention through the establishment of an international online platform to assist development in the field of biosafety and biosecurity for facilities and practitioners.

The project to establish a platform for voluntary transparency exercises, which aims to increase cooperation and assistance through the cross-sharing of experiences. This initiative has already received the support of 9 countries from three regional groups.

The joint Franco-Indian proposal to develop a database to improve States’ understanding of the implementation of Article VII by aligning supply and assistance needs.