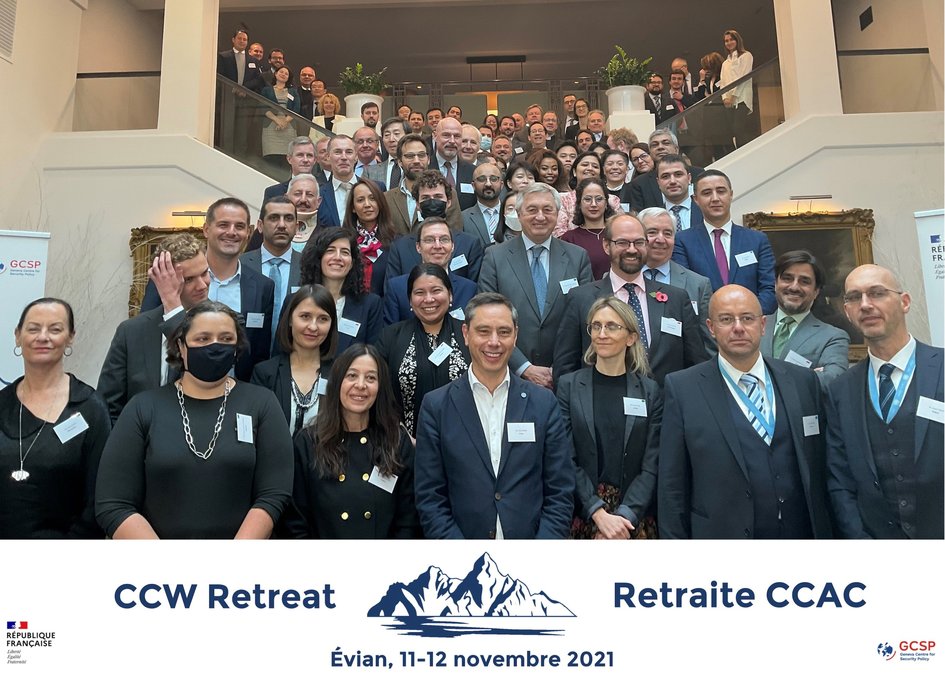 In the context of the French presidency of the 6th Review Conference of the Convention on Certain Conventional Weapons (CCW) in December, the Permanent Representation of France to the Conference on Disarmament, in partnership with the Geneva Centre for Security Policy (GCSP) and the Implementation Support Unit (ISU) of the CCW, organised an informal retreat in Evian from 11 to 12 November 2021.

The retreat, which brought together more than 100 participants representing some 60 delegations and members of civil society, provided an opportunity for participants to informally discuss lethal autonomous weapon systems (LAWS) as well as the finances of the convention, topics that will be given particular attention at the Review Conference in December.