On the 10th of November, 2015, in the margin of the meeting of the contracting parties of the Convention of Certain Conventional Weapons, the permanent representation of France to the Conference on Disarmament organized, jointly with UNIDIR, a side event around a research project titled “Improvised explosive device : options for strengthening the international response”.

Three speakers followed each other after the introductions delivered by Mr Louis Riquet, Deputy permanent representative, and Mrs Kerstin Vignard, manageress of the UNIDIR operations.

Mr Iain Overton, from the British NGO Action on Armed Violence, presented the issues related to the use of IED, insisting on the last tendencies.

Finally, Mr Himayu Shiotani, from UNIDIR, briefly presented the highlights and the diverse orientations for action underlined through research activities.

A high participation was recorded for this meeting, showing the interest of delegations for this matter.

See the invitation to the side event

See the schedule of the side event 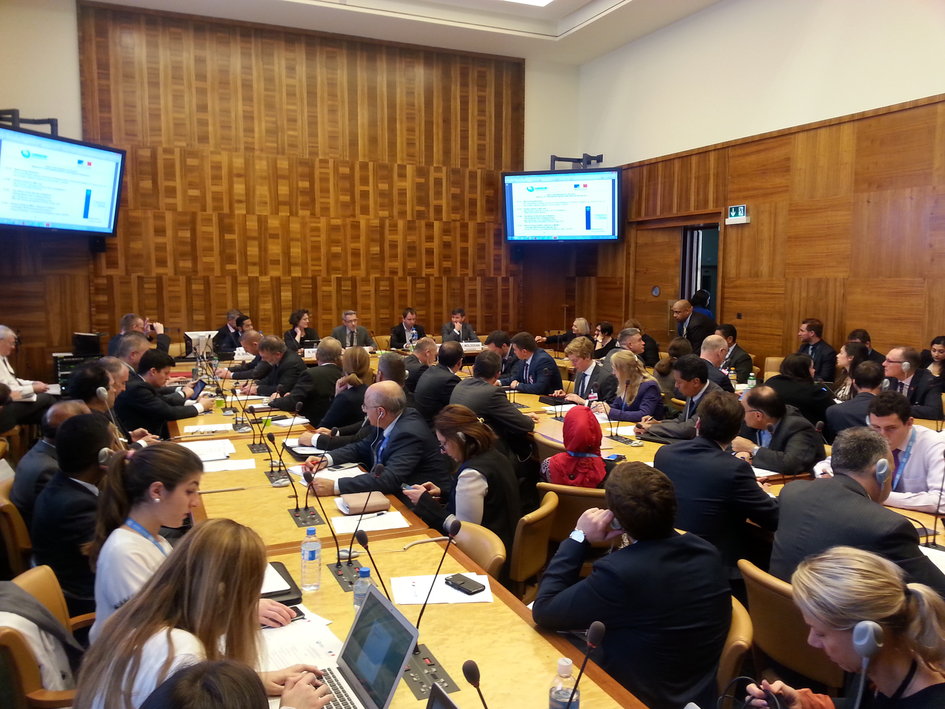