Home > The Mission > Events > Commemoration ceremony of the 11th of November

Commemoration ceremony of the 11th of November [fr] 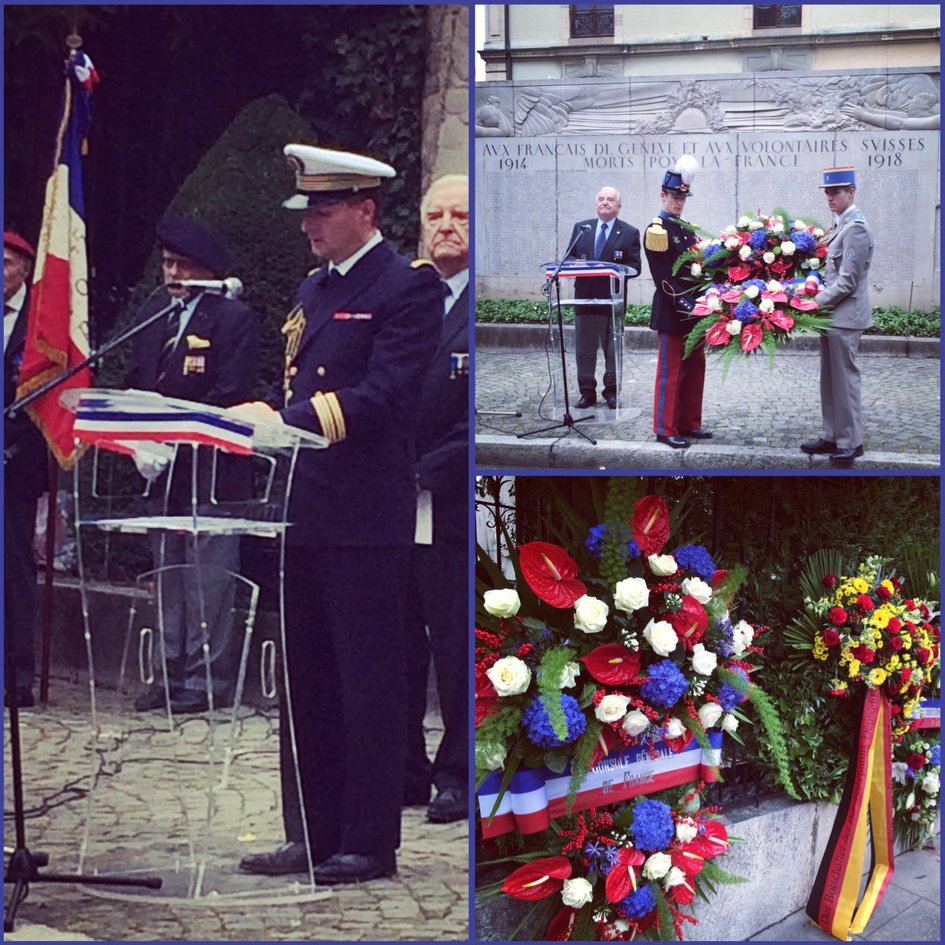 After the opening of the ceremony by Mr Jacques Blondel, President of the French Veterans Association of Geneva, Ms Odile Soupison, General consul of France, delivered a solemn statement in which she underlined that this year is the first of the centenary cycle of the First World War and in this respect, according to the words of the President of the Republic, we have to “seize the force of the generations that preceded us in order to draw lessons of life to the following generations”.

She reminded that, if the celebration of the 11th of November marks the victory of France, it also symbolizes before all the victory of democracy, liberty and peace. These defended values are today the foundation of a united Europe.

This celebration is also an opportunity to pay tribute to the veterans and those who sacrificed their life to ensure security and liberty of France, as the Flight Sergeant Thomas Dupuy, fallen in Mali on the 29th of October.

Then the vessel captain Erwan Roche became an outspoken advocate of Mr Kader Arif, Secretary of State to the Ministry of Defence, in charge of Veterans and Remembrance delivered a statement.

The participants were invited to wear the Bleuet de France as a tribute to those who died for France. The collection resulting from the distribution of these badges will be addressed to the Oeuvre nationale du Bleuet de France, that enables to help veterans as well as war and attacks victims yesterday and today