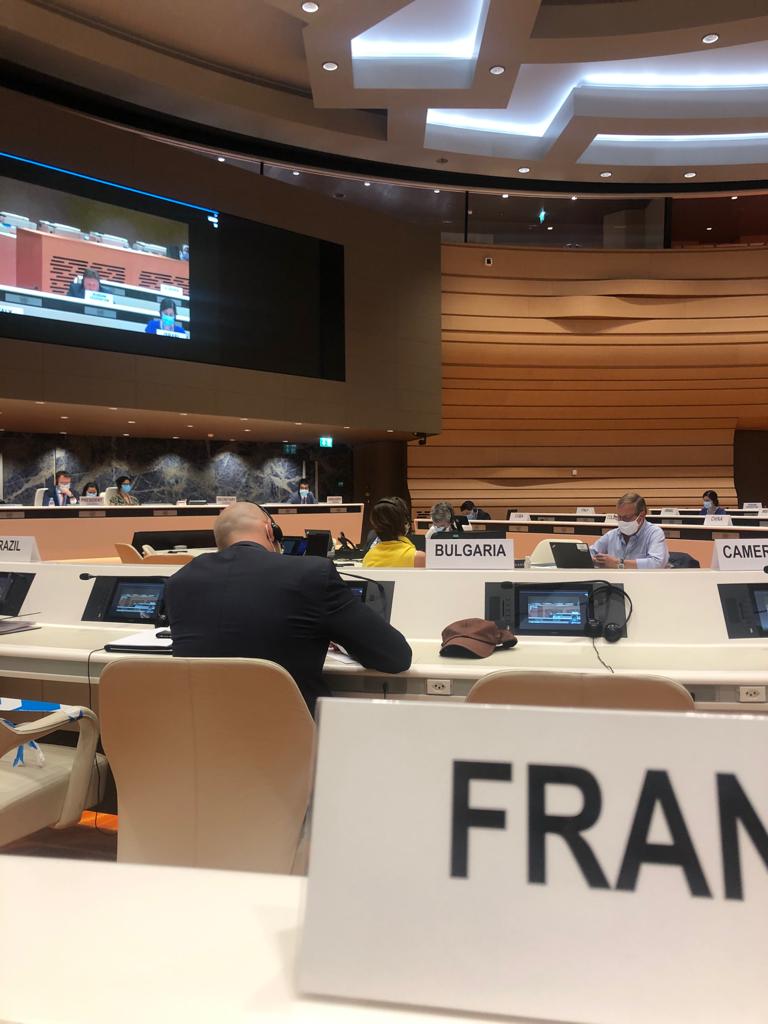 Allow me to say a few words to complement the EU statement, with which my delegation fully aligns. I am delighted that the CD is able to meet today in spite of the special circumstances. I would like to take this opportunity to express my full support to you in your role as Chair of the CD. I would like to welcome the new Ambassadors of Argentina, Tunisia and South Korea.

These are very special and paradoxical times. On the one hand, the COVID-19 crisis has considerably slowed down activity in our sector, prevented any sustained dialogue and led to the postponement or even cancellation of important meetings; on the other hand, the continued threat posed by the proliferation of weapons of mass destruction, recent developments on the international scene, and renewed tensions are impacting our collective security, making dialogue all the more important.

As we know, the disarmament crisis pre-exists the COVID-19. But the debates surrounding COVID-19 and its consequences create the risk of increased and lasting tensions. We must not allow the current crisis to have an even more profound impact on the multilateral system, which is characterized by the systematization of power relations and the intensification of international competition.

On the contrary, we must return to effective and responsible disarmament multilateralism. Effective, that is to say, inclusive. Responsible, that is to say, one that effectively serves international security and stability, taking into account the security interests of all and in particular of those who respect and apply collective norms.

This requires a regeneration of the CD. For France, the Conference on disarmament remains an essential forum. The Minister for Europe and Foreign Affairs came to remind us of this on 24 February.

The CD has been able to produce treaties that are essential for the strategic stability. This is the core of its mandate. Unfortunately, it was not possible to agree at the beginning of the year on a programme of work, despite the intense efforts undertaken by the P6. This year, no more than in previous years. We deplore this lasting stalemate in the Conference, even if it does not lessen the interest of the CD. Today more than ever, it is our collective responsibility to make the best use of the CD as a privileged forum for dialogue on disarmament issues, avoiding politicization. During this forced pause, we realized how badly the lack of dialogue is missing and that a multilateral system without the CD would be flawed.

Maintaining a strong strategic dialogue will enable us to counter the return of a conventional or nuclear arms race. Such a dialogue will also help to bring us closer to the conditions for a resumption of negotiations, in accordance with the CD’s mandate.

That is why we welcome the resumption of CD meetings in order to take stock of recent developments and give everyone the opportunity to make their voice heard.

It seems to us essential that the CD generates in-depth discussions, in connection with the 4 main topics on its agenda. In particular, we encourage the current and future presidencies, in continuity with the Australian presidency, to promote exchanges on the following themes:

Nuclear disarmament in connection with strategic risk reduction - France regularly calls on the other nuclear-weapon States, including through the voice of the President of the Republic in his speech of 7 February, to present publicly, as it does itself, the fundamentals of their nuclear doctrine and to continue the dialogue on doctrines initiated within the P5 between France, the United Kingdom, the United States, Russia and China. This effort contributes to increasing transparency and mutual confidence among them and is therefore essential to preserve our collective security and reduce strategic risks;

With regard to nuclear disarmament, you are aware of the priority my country attaches to the negotiation without further delay of a treaty banning the production of fissile material for weapons, on the basis of document CD 12/99 and the mandate contained therein;

Space security. This major strategic issue involves our collective security, yet we have not yet managed to come together around a common pragmatic agenda that will make it possible to make concrete improvements to the security of all. Space threats are increasing and with them the risks of misunderstandings, misperceptions and miscalculations. Certain behaviours are having a lasting effect on the space environment by intentionally creating multiple long-lived debris. It is therefore becoming urgent to reduce these threats and risks and to define together standards of responsible behaviour in space.