Did you know ? France and UNIDIR’s creation [fr] 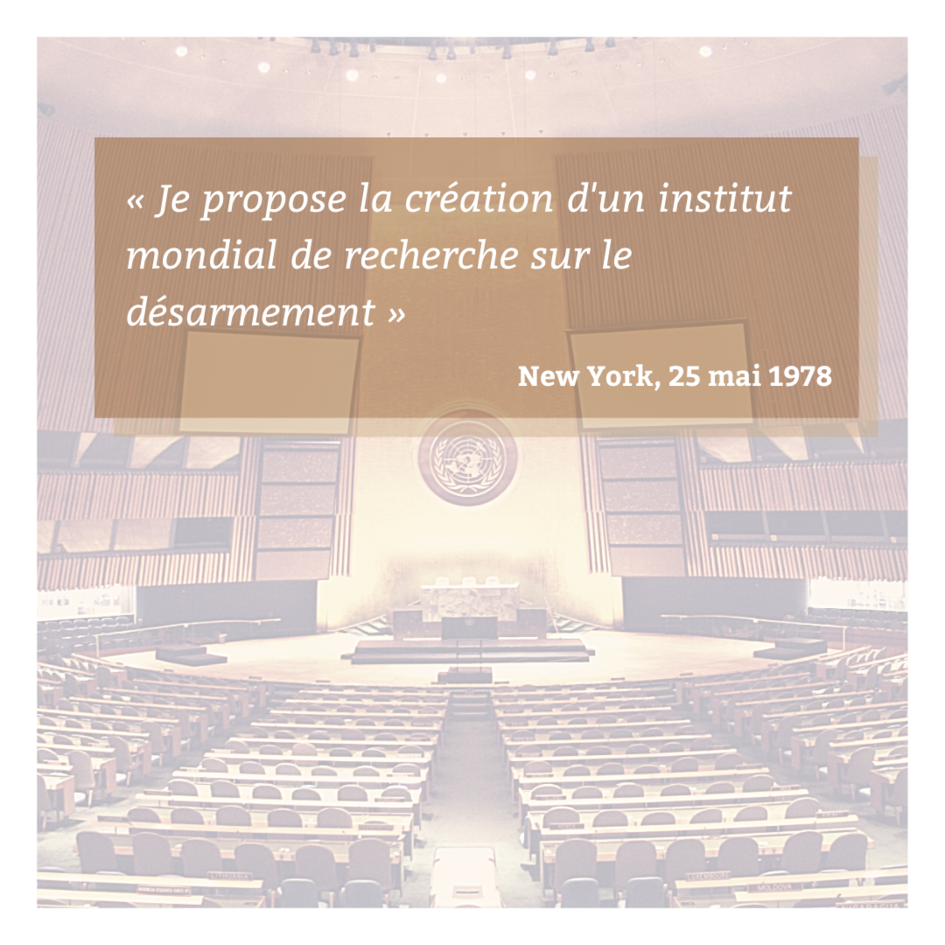 "I propose the creation of a world institute for disarmament research"

In order to carry out a process of reflection on disarmament, France wanted to have a disarmament research instrument at the international level placed within the United Nations framework. The UN would provide the institute with material support, while respecting its necessary intellectual independence. In order to ensure equal participation by all in disarmament efforts, the entire international community should have equal access to expertise, which would be the aim of this institute: "disarmament is not the monopoly of a few, but must become the concern of all".

France thus submitted a memorandum for the establishment of an international disarmament research institute at this United Nations General Assembly (UNGA) special session. At its 33rd session, later in 1978, the UNGA asked the United Nations Secretary-General (SG) to produce a report on the feasibility of establishing such an institute. One year later, at its 34th session, the UNGA welcomed the SG’s report and the institute could be established. It was first established on an interim basis within the framework of the United Nations Institute for Training and Research, and began operations on 1 October 1980. Finally, in 1984, at the 39th session of the UNGA, UNIDIR’s Statute was adopted.

Since then, UNIDIR has been conducting research on disarmament, non-proliferation and security to support the international community in its thinking and initiatives from its offices in the Palais des Nations in Geneva.

Working with researchers, diplomats, government officials, non-governmental organizations and other institutions, UNIDIR serves as a link between the research community and the Member States of the United Nations. The Institute’s activities are funded from the United Nations budget and from voluntary contributions from Governments and other institutions.

France has been a constant supporter of the Institute. It also supports the five-year resolution of the United Nations General Assembly which aims at renewing the support of the international community for the Institute.