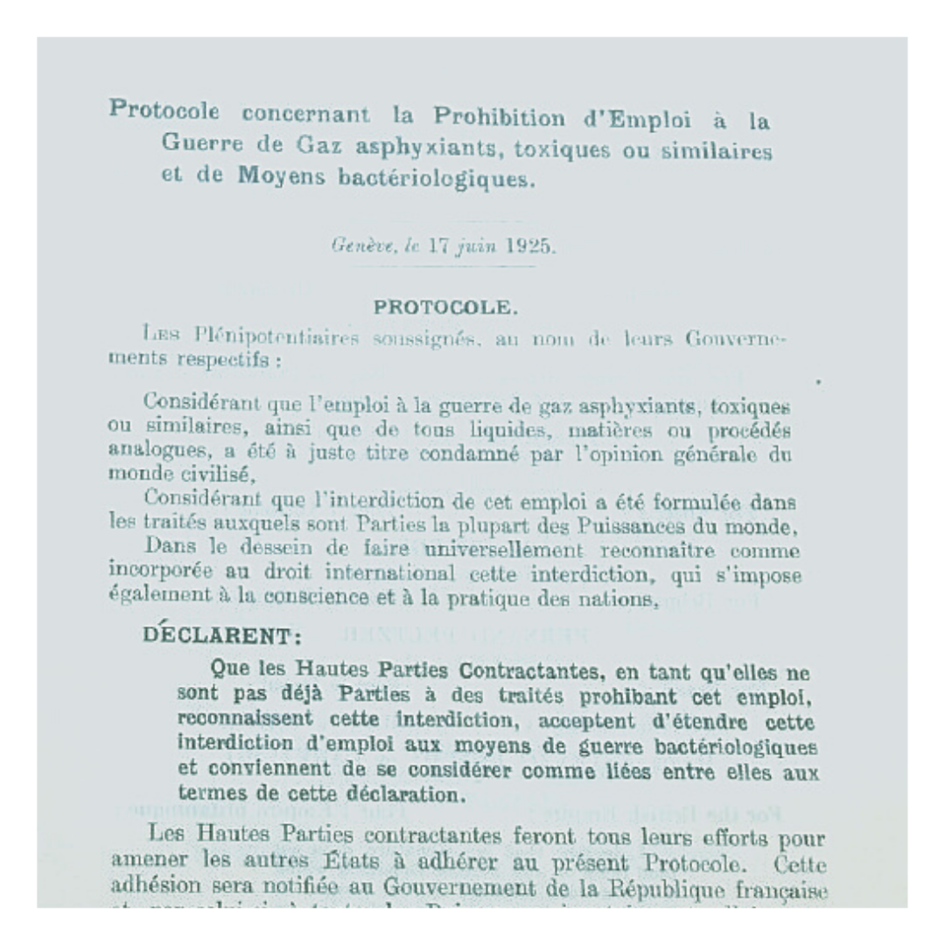 France is the depository of the 1925 Geneva Protocol prohibiting the use in war of asphyxiating, poisonous or other gases and bacteriological methods of warfare, signed and opened for signature on 17 June 1925. It entered into force on 8 February 1928.

The Protocol prohibits the use in war of asphyxiating, poisonous or other gases, as well as all analogous liquids, materials or processes, and thus extends the prohibition introduced by the Declaration of The Hague of 29 July 1899 concerning the prohibition of the use of projectiles whose sole purpose is to spread asphyxiating or noxious gases.

Several United Nations General Assembly resolutions have called upon States to strictly observe the principles and objectives of the Protocol and to accede to it (Resolutions 2454(XXIII), 2603(XXIV), 2662(XXV)).

Today comprising 142 High Contracting Parties, the Protocol is considered to be the basis of the international regime for the prohibition of biological and chemical weapons. Even after the entry into force of the Convention on the Prohibition of Bacteriological (Biological) and Toxin Weapons and on their Destruction and the Chemical Weapons Convention, the Protocol has retained its relevance and continues today to record new accessions, such as that of Colombia in 2018 and Kazakhstan in 2020.