The Organisation Internationale de la Francophonie (OIF) is celebrating its 50th anniversary this year. Composed of 88 states and governments (54 members, 7 associates and 27 observers), it implements multilateral francophone cooperation around the world around a common denominator: French.

Fifth most spoken language in the world and the only language, along with English, spoken on the five continents, the French language is of major importance in international relations. As an official language of the UN, it is the working language of the representatives of many countries, including those for whom French is not their native language but which they use as a working language in international fora. The defense of multilingualism within UN fora and the promotion of the Francophonie is a priority for France, in view of the risk of a single language being imposed, which would lead to a single way of thinking. As such, the Group of Francophone Ambassadors has presented a resolution on multilingualism every two years since 1995.

Because of the common arms control challenges faced by many French-speaking countries, a Francophone Working Group on Disarmament was created in June 2018 in Geneva in order to bring together common positions in this field. The ambition of the group was concretized by a joint statement on multilingualism at the First Committee of the UN General Assembly in 2019, read by the Permanent Representative of Austria to the United Nations Office in Geneva. In addition, in parallel to the 74th UNGA, we jointly organized with the Permanent Missions of Romania, Mali, and Morocco, an event in French on the fight against the diversion of small arms and light weapons (SALW) in the French-speaking world. Building on these initial successes, we will again this year bring a joint statement of the Francophone Working Group on Disarmament to the First Committee of the 75th UNGA.

While more than 700 million people will live in French-speaking countries in 2060, compared to 300 million today, France intends to continue to strengthen its ties with the countries of the Francophonie for more coordinated action within disarmament fora and other international organizations. 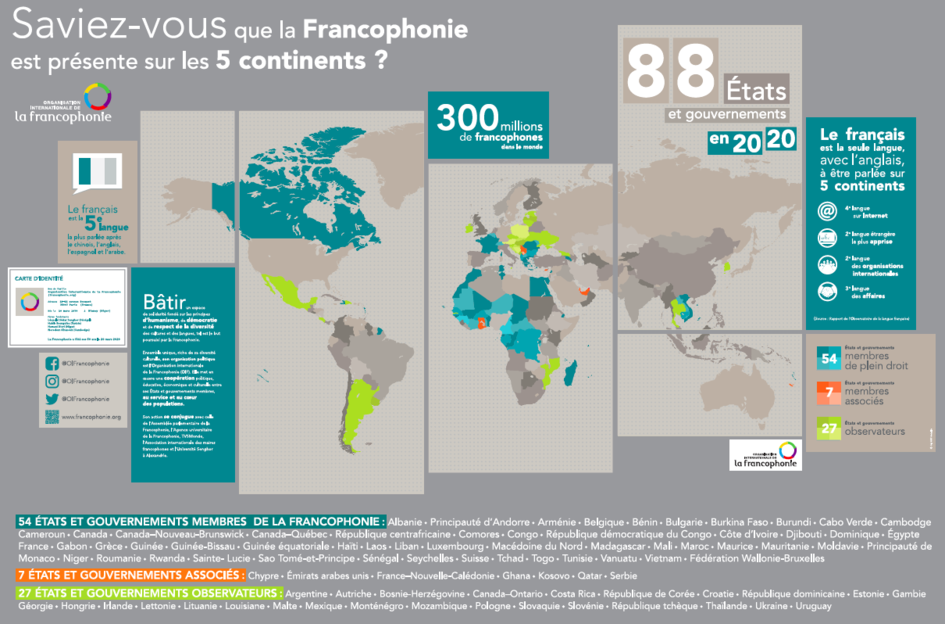