The Group of Governmental Experts (GGE) on Lethal Autonomous Weapons Systems (LAWS) met from 3 to 13 August 2021 in Geneva. 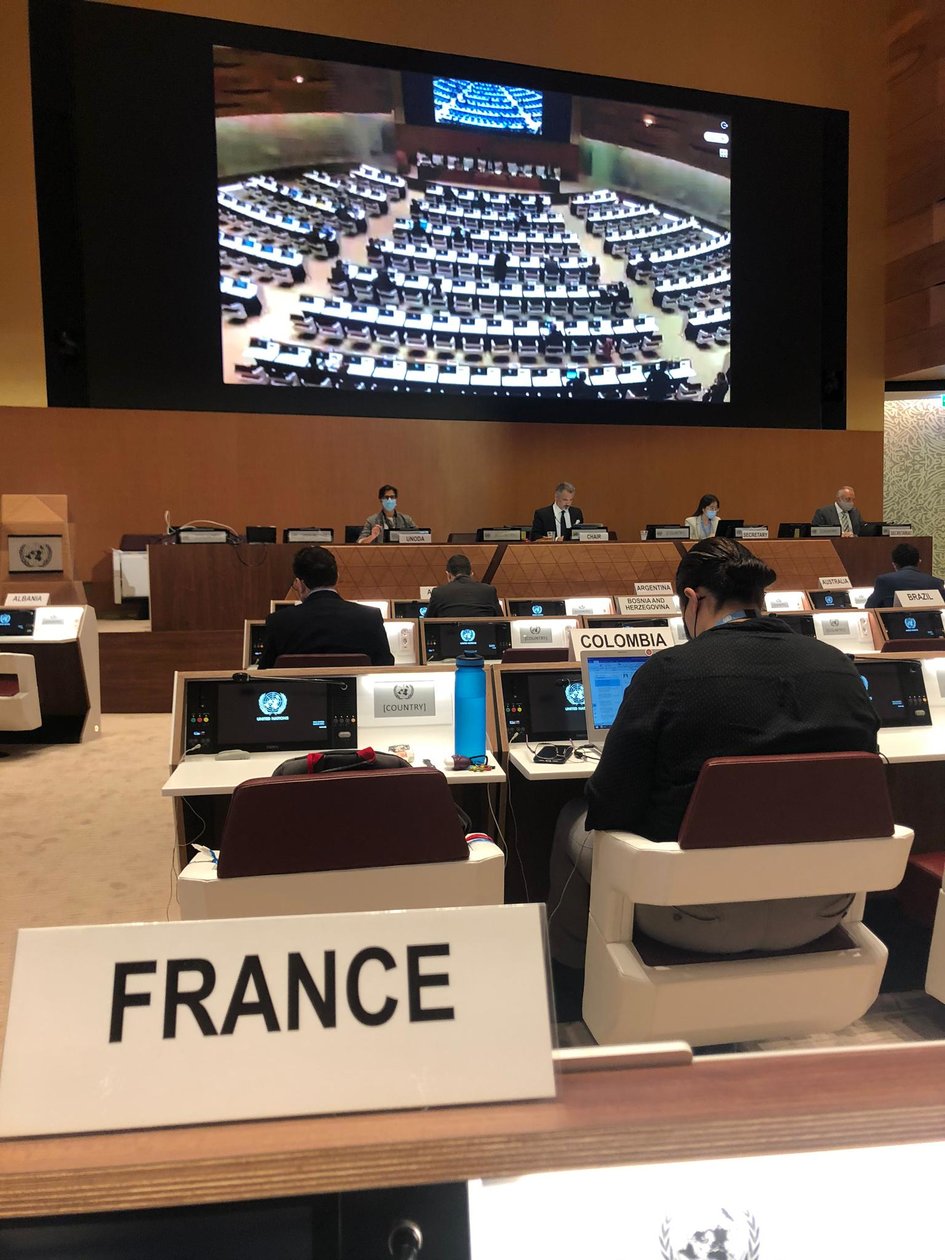 The Group of Governmental Experts (GGE) on Lethal Autonomous Weapon Systems (LAWS) is part of the Convention on Certain Conventional Weapons (CCW), of which France will chair the review conference in December 2021. France played an active role in the last formal meetings of the GGE on LAWS. These meetings, which took place in Geneva from 3 to 13 August 2021, were an opportunity to discuss the challenges posed by emerging technologies in the field of LAWS, including their potential risks and benefits, especially vis-à-vis International Humanitarian Law (IHL). France had the opportunity to recall the importance of human-machine interaction, arguing that it should involve sufficient human control to preserve human responsibility and should guarantee that human command continues to take critical decisions when facing the use of lethal force. The French and German head of delegations made a common statement which especially aimed to promote the distinction between LAWS and PALWS (Partially Autonomous Lethal Weapon Systems). LAWS which represent a threat in respect to IHL should be rejected. On the other hand, PALWS not only represent opportunities, most notably towards the application of IHL, but can also call upon the engagement of States to promote the reasoned use and development of PALWS. Lastly, France also had the opportunity to recall that the French Defense Ethics Committee reflected upon the numerous ethical challenges posed by these systems and had encouraged other High contracting parties to set up a similar and independent structure composed of qualified individuals capable of strengthening the analysis of ethical challenges posed by LAWS.

Find here France’s speech on point 5A (in French).

Find here France’s speech on point 5B (in French).