Informal Consultations on the Draft Political Declaration on EWIPA - March 3-5, 2021

Resumption of the negotiation process for a political declaration under the Irish presidency.

From 3 to 5 March, informal consultations were held in virtual mode under the presidency of Ireland in order to adopt a political declaration on the use of explosive weapons in populated areas (EWIPA). 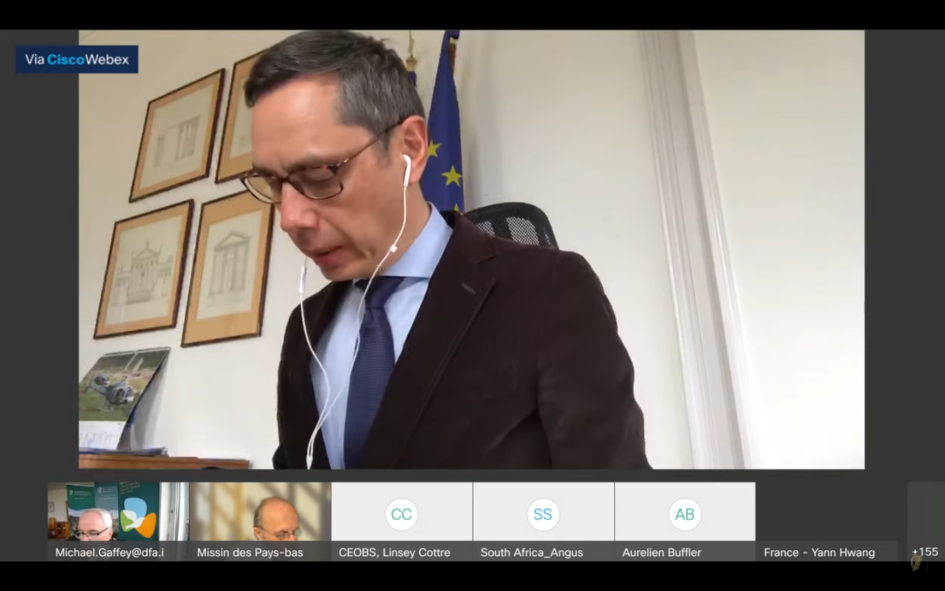 These consultations are, after those organized in February 2020 (see here), a new step in the negotiation process initiated in Vienna in October 2019 on the occasion of a conference on the protection of civilians in urban wars.

France, which shares the serious humanitarian concerns regarding the suffering of civilians in armed conflicts, once again participated actively in these negotiations and reiterated the need for a strong appeal for full respect for existing international humanitarian law by all parties to a conflict in order to combat the indiscriminate use of explosive weapons in populated areas and the use in particular of IEDs responsible for the suffering inflicted on civilian populations. In this context, France supports the strengthening of the exchange of best practices between States to ensure the implementation of IHL and its promotion.