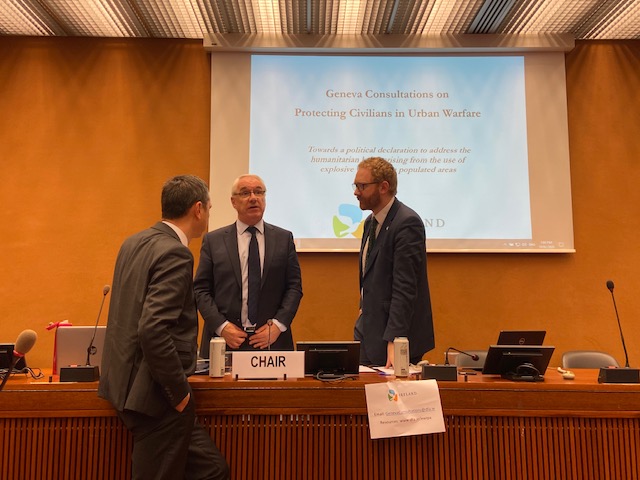 Chaired by Ireland, the second session of informal consultations towards a political declaration on explosive weapons in urban warfare was held on February 10 2020 in Geneva. France, which had already participated in the consultations of November 2019, contributed again to the talks by stressing the importance of bringing to an end the indiscriminate use of these weapons notably through the implementation of international humanitarian law, seemingly ignored by some parties to armed conflicts, and the promotion of sharing best practices between States in an efficient and operational framework.