There are reports of North Korea firing three ballistic missiles, including a medium-range missile.

If confirmed, this firing would constitute a further, unacceptable violation of the United Nations Security Council resolutions.

France calls for the complete, verifiable, irreversible dismantling of North Korea’s nuclear and ballistic missile programmes. The North Korean ballistic programme, accompanied by the development of a nuclear arsenal, constitutes a serious threat to regional and international peace and security. 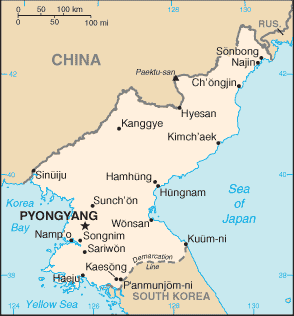