A solid national system, which continues to grow in strength

Since 2015, France has adopted a National Strategy for Digital Security. This Strategy, designed to support the digital transition of French society, responds to the new challenges arising from changes in digital uses and related threats, with five objectives:

This strategy was complemented by:

At the technical and operational levels, various actors contribute to the effectiveness of the French cybersecurity system: 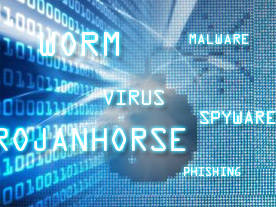 Within the European Union (EU), France defends an ambitious vision and the concept of "strategic digital autonomy for the EU". The objective of European strategic autonomy is the guarantee of our collective capacity for initiative and action. This objective is divided into three areas: technology, regulation and capacity-building.

Strengthening strategic stability and international security in cyberspace is one of France’s major objectives. France thus plays an active role in promoting a safe, stable and open cyberspace.

France is particularly active within the UN, where the rules of responsible behavior in cyberspace are discussed. In particular, it has participated in the last five UN governmental groups of experts (GGEs) on cybersecurity, whose work has made it possible to anchor cyberspace in the international system established by the United Nations Charter and to guide States in a dynamic of prevention, cooperation and non-proliferation in cyberspace (recognition in 2013 of the applicability of international law, and in particular the United Nations Charter, to cyberspace, consolidation in 2015 of a set of voluntary commitments of good conduct "standards of behavior" for States in cyberspace).

France is also involved in other international forums where cybersecurity issues are addressed, including:

Finally, France now intends to reflect, with its State partners but also with the private sector and civil society, on the specific role and responsibilities of private actors in strengthening the stability and international security of cyberspace.

In addition, the commitment to address cyberspace issues in cooperation with the private sector and civil society was reaffirmed by the "Paris Call for Trust and Security in Cyberspace" of 12 November 2018, which emphasizes a multi-stakeholder approach "to reduce risks to the stability of cyberspace and to build more reliability, capacity and trust".

This high-level declaration in favor of the development of common principles for the securisation of cyberspace has already received the support of 547 supporters, including 65 States, 344 private sector entities and 138 international and civil society organizations.

For more information, you will find below the official text of the Paris Call of 12 November 2018: