Home > Weapons of mass destruction > Nuclear weapons > Joint Franco-German exercise on verification of nuclear disarmament (...) > Presentation of the NuDiVe exercise to the Conference on Disarmament  (...) 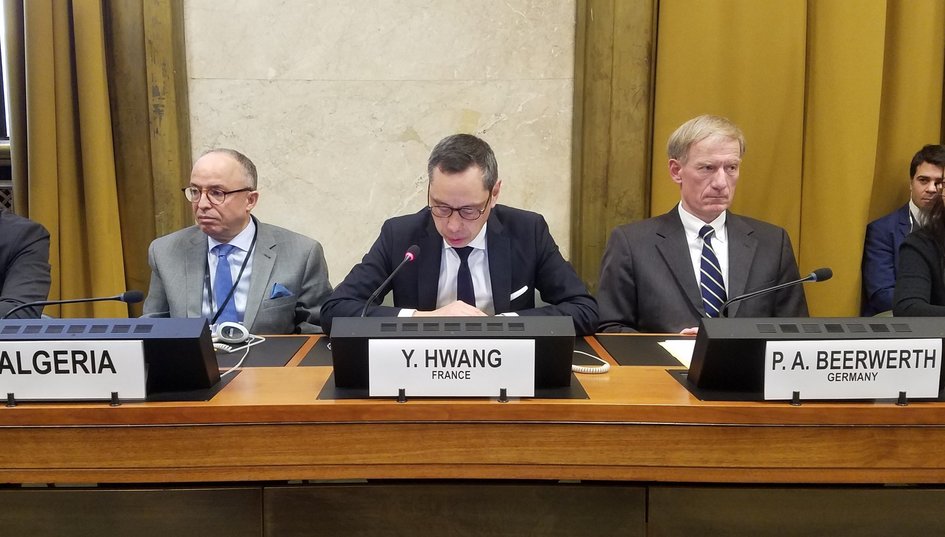 Thanks to Peter for his presentation of the NuDiVe exercise. I hope the video will also have allowed you to get a more concrete picture of the exercise.

Now, let me say a few words about the main lessons to be learned from NuDiVe.

As you will have understood, the objective was to test the conclusions of the IPNDV - Assessing the procedures and technologies needed to generate sufficient confidence that nuclear material would not be diverted during the dismantlement of a nuclear warhead.

In this respect, the objective has clearly been achieved. Based on the conclusions of the evaluation team, the exercise confirmed the validity of the concepts and approaches of the IPNDV. The inspection procedures were found to be complete, robust and satisfactory to detect diversion of fissile material during dismantling.

The evaluation also identified possible areas for improvement in inspection procedures and objectives, as well as in the conduct of the exercise, which will prove useful for the conduct of future exercises. More generally, the exercise demonstrated the value of practical exercises in developing knowledge of nuclear disarmament verification.

But NuDiVe was also very rewarding from a national perspective.

The main challenge was to determine how non-nuclear-weapon States can participate in the verification of nuclear disarmament without proliferation risk. Indeed, any initiative in the field of verification of nuclear disarmament must take into account the safety and security obligations of a host nuclear-weapon State. It must be fully consistent with non-proliferation obligations under Articles 1 and 2 of the NPT.

Furthermore, a disarmament verification regime cannot be established in abstracto but must correspond to a specific disarmament treaty and be tailored to the particular case of each State.

The NuDiVe exercise allowed us to recognize that it is possible to work on the verification of nuclear disarmament whilst respecting non-proliferation obligations and national security interests.

As parties to the NPT, we all share the ultimate goal of "nuclear disarmament under strict and effective international control" as enshrined in article VI of the NPT. In this context, effective verification of nuclear disarmament is a crucial element in achieving "general and complete disarmament".

My country hopes that this concrete work on the verification of nuclear disarmament can make a positive and concrete contribution to the next NPT Review Conference. It is interesting that France has come quite a long way on this topic and this could - I hope - inspire other States, both nuclear-weapon States as well as non-nuclear-weapon States.

In conclusion, I invite you to attend the more detailed presentation of the exercise on 18 March in the framework of the outreach phase of the IPNDV, which is open to all States. I should add that a Franco-German side event will be devoted to NuDiVe at the Review Conference.