Home > Weapons of mass destruction > Nuclear weapons > Nuclear-weapon-free zones > Ratification from France of the protocol of the Treaty establishment of a (...) 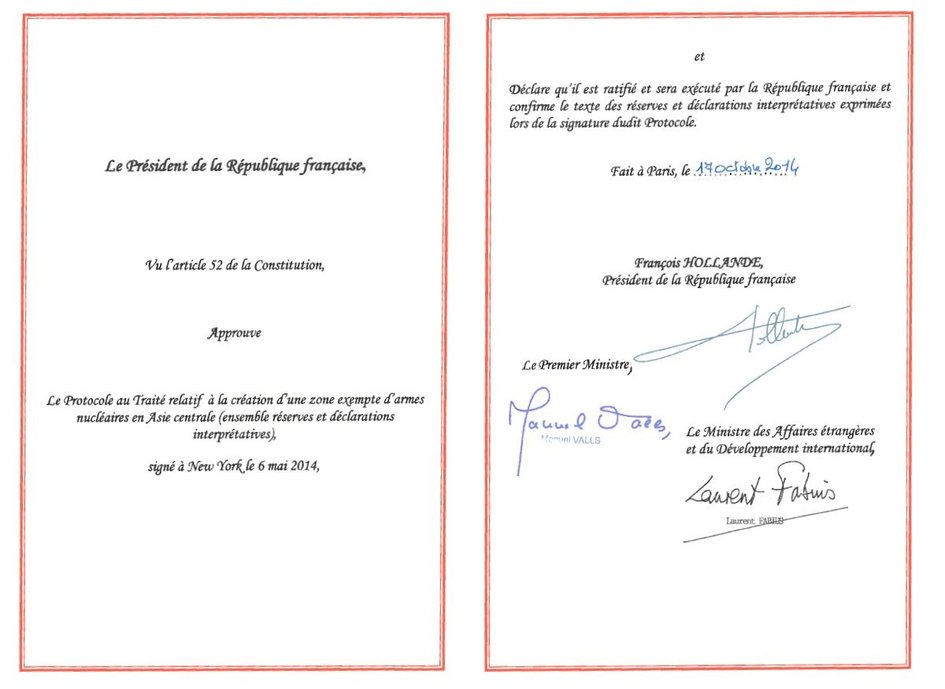 On the 17th of October 2014, the President of the French Republic, Mr François Hollande, approved an declared ratified the Protocol to the Treaty related to the creation of a nuclear-weapon-free zone in Central Asia signed in New York on the 6th of May, 2014.

The instrument of ratification signed by the President of the Republic has been countersigned by Mr Manuel Valls, Prime Minister, and Mr Laurent Fabius, Minister of Foreign Affairs and International Development.