Statement by the Ambassador Y. Hwang – Third session of the Preparatory Committee to the 2020 Review Conference of the NPT (29th April, 2019) 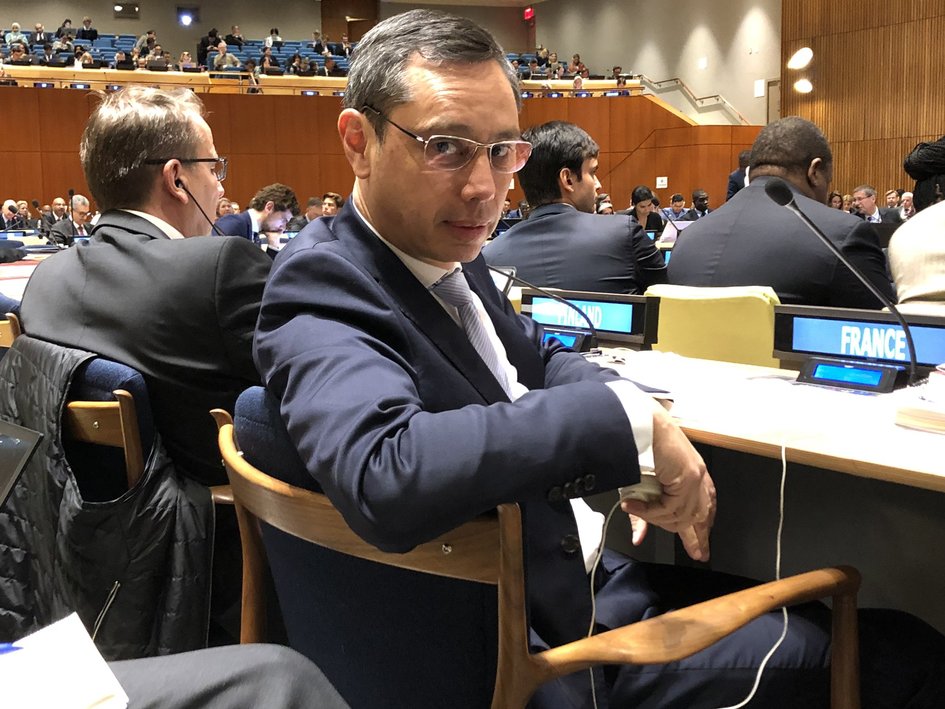 The Third Preparatory Committee for the 2020 Nuclear Non-Proliferation Treaty (NPT) Review Conference opened this Monday in New York under the chairmanship of Malaysia.

Ambassador Y. Hwang, Permanent representative of France to the Conference on Disarmament in Geneva and chief of the French Delegation to the Preparatory Committee in New York, has made a statement during the general debate to recall that : “ as the international security environment continues to deteriorate and the nuclear factor is set to play an increasing role, it is crucial to preserve the integrity of existing non-proliferation norms and to consolidate a multilateral rule-based order .”. Fifty years after its signature, this treaty is an undeniable success : it has led many States to abandon nuclear weapons, has allowed for the pacific development of nuclear energy and has led to a reduction of 80% in nuclear arsenals .

Ambassdor Y. Hwang has also called on the United States and Russia to continue their concerted efforts to reduce their stocks by working on the extension of the New Start Treaty in 2021 and the negotiation of a successor treaty between these two countries.

Finally, he detailed the roadmap that France is going to follow in order to keep implementing the 2010 action plan in each of the pillars of the NPT.

Find below the statement of the Ambassador in its integrality :