Statement by the Ambassador at the Conference on Disarmament - March 26, 2019 [fr]

Following the speech given by the US Assistant Secretary of State for International Security and Non-Proliferation Christopher Ford, Ambassador Yann Hwang addressed the plenary session of the Conference on Disarmament to welcome the US initiative "Creating an Environment for Nuclear Disarmament" (CEND). 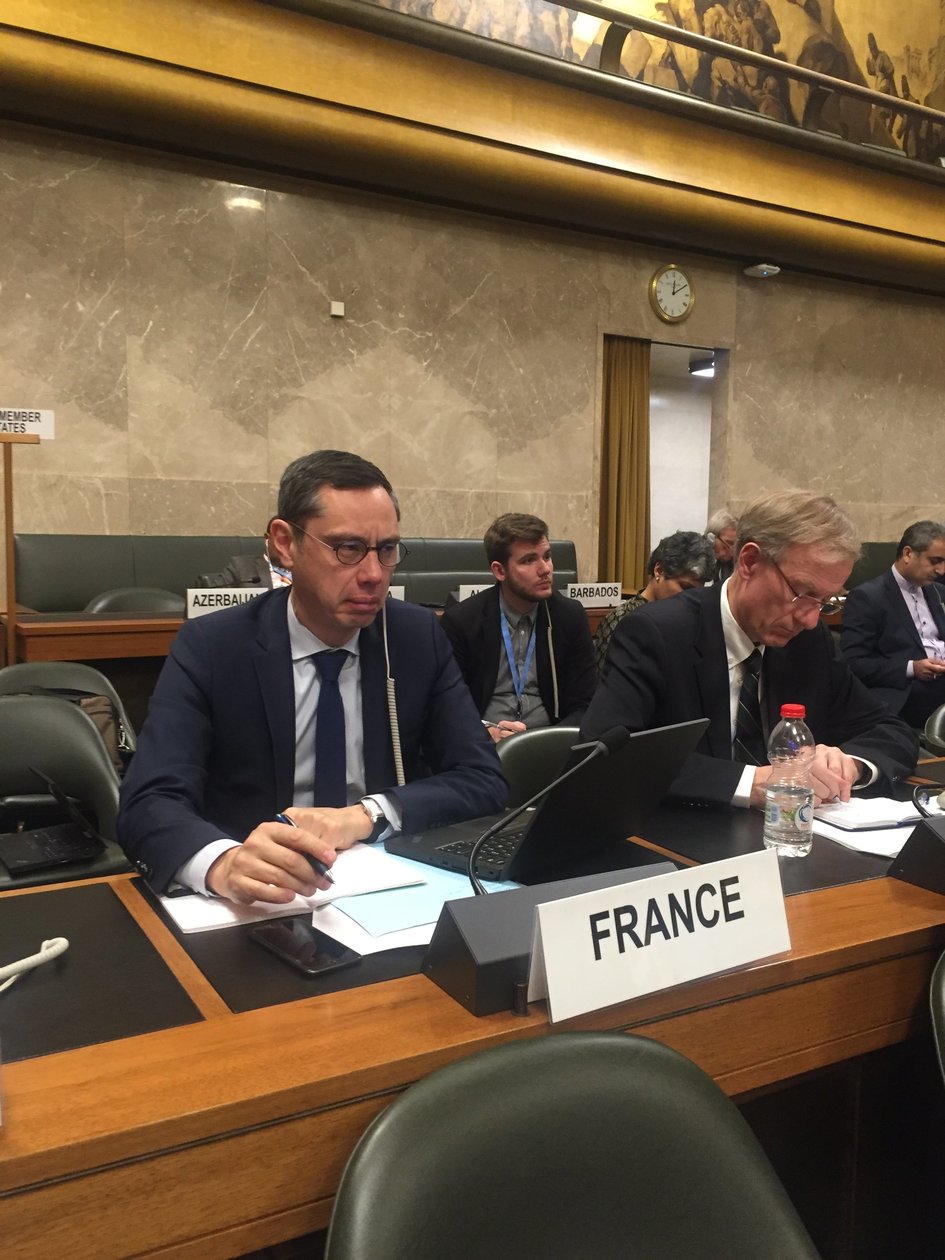 On the occasion of the US presidency of the Conference on Disarmament, Ambassador Yann Hwang made a statement in which he stressed the importance of effective multilateralism at a time when the international security environment is deteriorating.

In this context, the Ambassador welcomed the timeliness of the American CEND initiative ("Creating an environment conducive to nuclear disarmament") and recalled France’s commitment to the Nuclear Non-Proliferation Treaty (NPT), whose Review Conference will take place in 2020.

The Permanent Representative recalled that the United States and Russia alone account for more than 90% of the world’s nuclear weapons stockpile. He called on them to continue their reduction efforts, in particular by working to preserve and extend the New Start Treaty. In addition, the entry into force of the Comprehensive Nuclear-Test-Ban Treaty (CTBT) remains a priority for France.

The Ambassador also reiterated the importance of the early opening of negotiations on a treaty banning the production of fissile material for nuclear weapons and other nuclear explosive devices (FMCT) in the Conference on Disarmament.

Overall, as the Review Conference and the 50th anniversary of the entry into force of the NPT arrive in 2020, France keeps advocating for a multilateral approach based on a realistic analysis of the current strategic environment.

Find below the statement pronunced by the Ambassador.