A visit of the research centres of Saclay and Cadarache, organised by the Atomic Energy Commission, as well as the Ministry of Foreign Affairs and International Development, was organized from the 14th to the 15th of April, 2015.

The participants, coming from around ten different countries, have been received at the Ministry of Foreign Affairs where David Bertolotti, the Deputy managing director to nuclear disarmament and non-proliferation recalled the will of France to reinforce the access of States respecting their international obligations to nuclear pacific use, notably within the framework of the article IV of the NPT. Then they have been able to listen to Frédéric Journès, Governor for France to the IAEA and Director of the international relations of the AEC, about the actions of France to pomote nuclear energy and non-energy uses of nuclear power (health, agriculture, environment) as a support to the IAEA as well as the functioning objectives and terms of the “Capacity Building Initiative”. Florian Lewis, from the Ministry of ecology, sustainable development and energy, has presented the French nuclear policy.

The visit continued at the research centre of the AEC in Saclay. The participants have then been able to access the ISI research reactor, which signed an agreement with the IAEA to transmit live the IAEA Internet Reactor Laboratory.

The participants have also been able to meet in Saclay Yves Fanjas, Director of the International Institute of Nuclear Energy, a direct access for foreign students and scientists to the teaching and training French formation offers in the field of civil nuclear energy.

On the 15th of April, the participants arrived on the AEC location in Cadarache. They have been able to visit the yard of the future research reactor Jules Horowitz, which is one of the instalments France proposed to the IAEA as a part of the networks of IAEA research reactors open to international actions of formation to states wishing to launch a nuclear-energy program (IAEA Designated International Centre Based on Research Reactor). This AEC application included also a Laboratory of examination of active combustibles, associated to the STAR laboratory, which is helpful to examine combustible elements after irradiation and that the participants have also been able to visit.

Among the diverse leads explored to reinforce the cooperation regarding formation, the lead of a “catalogue” of the formation global offer, sorted according to specific needs of States wishing to develop or relaunch a nuclear-energy programme or a non-energy enforcement interested vividly the participants. 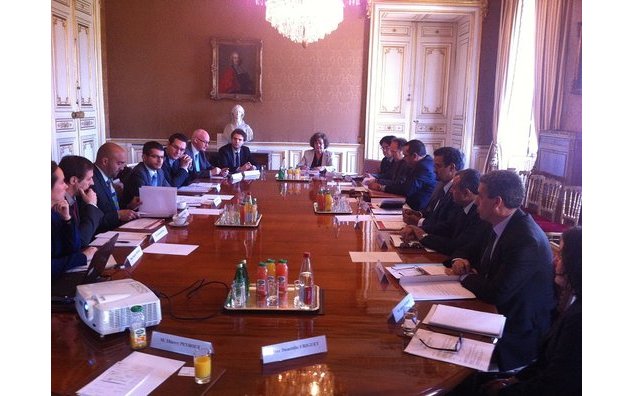 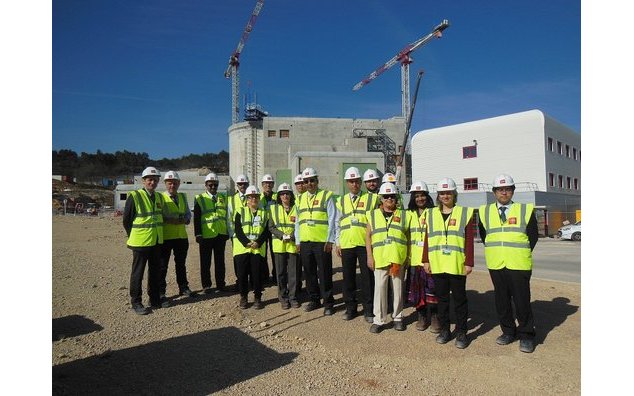