Home > The Mission > Villa des Ormeaux > Presentation of the Villa

Presentation of the Villa 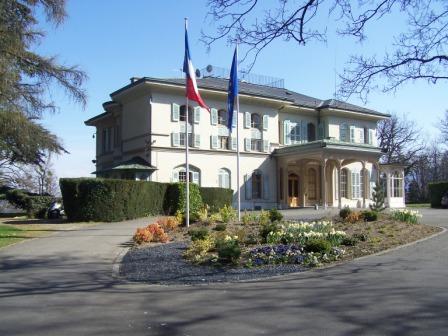 The permanent representation of France has its headquarters inside the Villa « Les Ormeaux », on the right bank of the lake, in a preserved natural environment and at the heart of the international Geneva.

This villa was erected in 1835 in an English gothic style by Georges Haldimand, who lived in London but had established connections with Geneva. The property has then been acquired in 1850 by Alfonse Favre, senior fellow in Geology and member of numerous Swiss and Genevan scientific institutions. 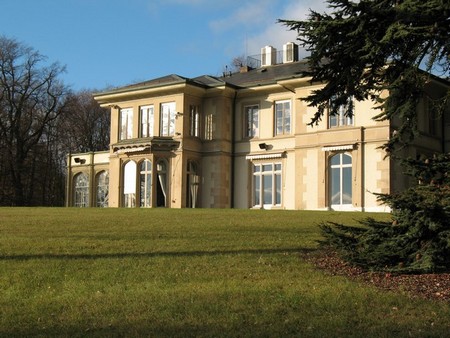 Alfonse Favre, a curious mind and a great traveler, made the villa a brilliant cultural and social centre in Geneva. Les Ormeaux sheltered indeed the Helvetic Society for natural Sciences, a congress of social Christianism, an Orientalist congress but also numerous significant individuals and exiles…

Thus one of the sons of Louis-Philippe the First (King of the French from 1830 to 1848), the Duke of Aumale, himself a great traveler, a curious mind and a renowned artworks collector, stayed several times with its family between 1863 and 1874 to the invitation of Alfonse Favre and his wife. The Shah of Persia, Nasser-al-Din Shah Qajar, came to the Villa in July 1873 for a vacation he was doing through Europe ; and many other individuals from the high aristocracy, the political, cultural and scientific worlds stayed between the Villa’s walls.

The Villa des Ormeaux has been sold by Alfonse Favre’s grandchildren to the state of Geneva in 1951.