Home > Weapons of mass destruction > Biological weapons > 2014 > BWC: Meeting of the State parties Side event on the peer review (on the (...) 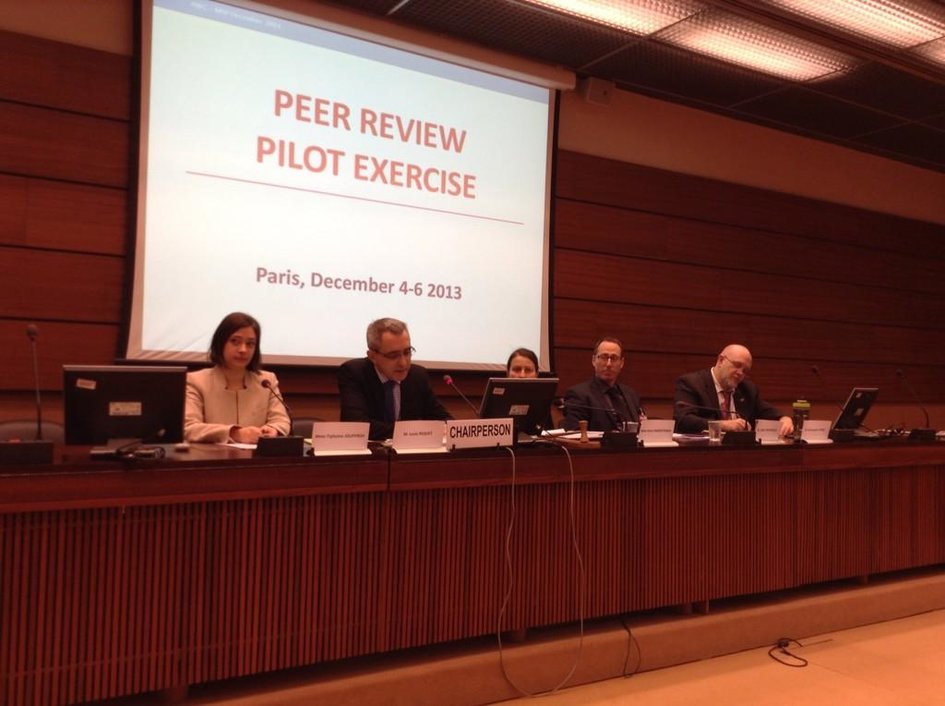 France organised on the 4th of December a side event in the margin of the State-parties meeting to the Biological Weapons Convention (BWC) about the proposal of a peer review mechanism.

Launched by France during the 7th Review conference of the BWC, the idea of a peer review aims at reinforcing the implementation the Convention and trust between State-parties through a voluntary mechanism of transparency and exchange of good practices among experts of the implementation. The peer review is a pioneering proposal, aiming at facing what is at stake with the Convention.

To illustrate this concept, France organised a pilot exercise in Paris in December, 2013. 9 experts from 9 countries (and different geographic zones) participated to the event. The report of this exercise has been submitted to the BWC.

The aim of the side event was to present the concept and the Paris exercise, and to hear the impressions of the experts who took part to it.

The reactions of the experts and the audience were really positive that is why France will continue to promote this concept. Other countries have already expressed their wish to take up the torch : a peer review will be organised in 2015 between Belgium, Luxembourg and the Netherlands.